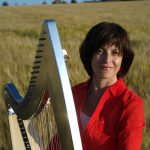 From the Aegean shores

Corfou
Elisa Vellia, singer, harpist, author-compositor, was born in Greece, on the island of Corfu. As a child she studied piano and classical music. Later, when she started to learn guitar and voice, she felt herself attracted to the blues, jazz, folk ballads, improvisation and composition. By the age of 15, she was singing regularly in the folk bars of Athens.

London
At 21, she left her country, attracted by the desire of adventure and travel. In the tunnels of the London underground, she discovered the Celtic harp. She was fascinated by this instrument, which she chose to accompany her destiny. After studying with Irish and Scottish harpists, she participated in the recording of two albums of traditional music.

Brittany
Her musical path led her to Brittany. With Cristine Merienne she created the duo Sedrenn. The harpists-singers recorded two albums of Celtic inspiration. More than three hundred concerts in a decade took them all over France and the world, as far as China.

The thief of secrets
Although she had long been exploring the musical terrains of Greece, Elisa began to feel more pressing the need to express herself in her native language. Little by little, she created her own musical universe, mixing the blue waves of the Mediterranean with the green cliffs of the Atlantic. Her first solo disc, The Thief of Secret, was an innovative and surprising blend of the sound of the Celtic harp and the tone of the Greek voice. The album, recorded by Chant du Monde/Harmonia Mundi, was the best selling record, World 2006, for this label.

Ahnaria
She continued her route with an album of personal compositions, “Ahnaria”, which means Footprints in Greek (Chant du Monde/Harmonia Mundi, 2008). The music and lyrics tell the story of a woman who crosses the centuries in silence. It is a tale of travel, nostalgia, search and dreams. In Crete, at the summit of the mountain of Psyloritis, a café owner who didn?t know her looked at her and said, “you are running the circle of your life, and when you have finished your feet will take you back to where you started from.” Elisa is a woman who walks, a woman who proceeds in the circle of her life. It is a circle which takes her away from her native land and her first inspiration only to bring her continually back to it.

The woman who walks
Her new album, The woman who walks, gives new life to the harp, this timeless instrument which had disappeared from the Greek culture for so long. She plays and sings traditional melodies from the banks of the Aegean Sea. They are songs which pass from island to island, from mouth to mouth, generation after generation. In every song resounds the name of an island, the name of a town, Chios, Mytilene, Smyrna, Alatsata… They are dances, ballos, syrtos, kalamatianos, love songs, about life in the streets and marriage. Through these songs pass the history of a country, the history of a culture.

The essence of Hellenic civilisation was born in the Aegean. From Homer and Sappho of Mytilene to the contemporary poets, the Aegean archipelago has never ceased to resound with rhymes, music and dances which express its confidence in life.

When that Cycladic harpist whose statue was found in Keros, dated between 2800 and 2200 BC, played his music, what must it have sounded like? To find out, Elisa explored all those songs which pass from mother to daughter and have no age. From the ancient harpist to the harpist of today, she has the impression that these melodies were made for the instrument which is now definitively her own. The music of Elisa Vellia distills the ancient echoes common to the poems and odysseys which have structured our emotions, our memory, our interior landscapes. 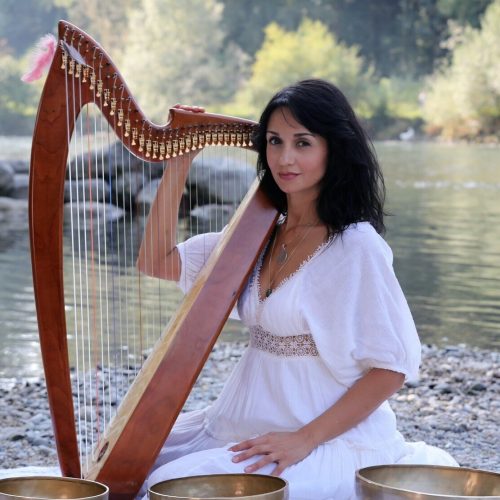 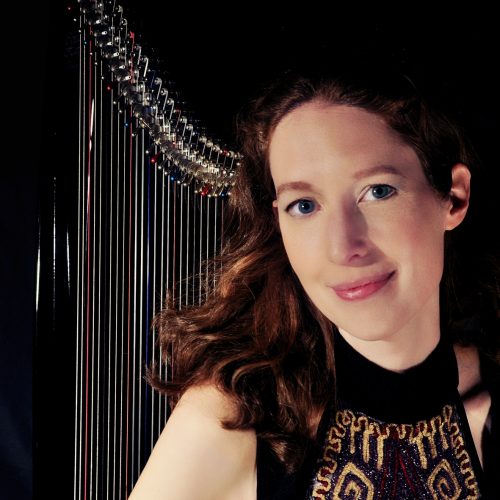 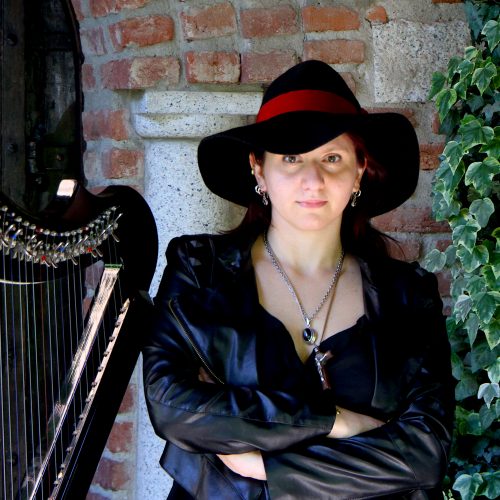